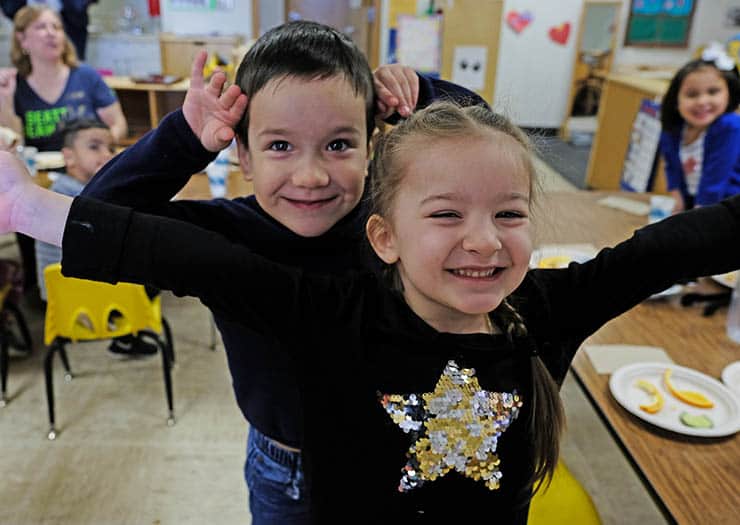 A Peek Inside Orchards Head Start 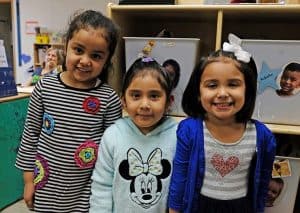 Ask 3-year-old Gianna what her favorite thing about school is and she answers with her entire body.  She springs up out of her chair—cheese sandwich still in hand—and punctuates her answer with two raised arms.

“Clean up!” she answers with the same infectious enthusiasm.

She offers a third favorite without prompting. “Running away from monsters and big marshmallows!”

This is Gianna’s first year at Orchard’s Head Start and she is clearly having a blast.

A boy named Cooper is crisscrossing the room with a serious look on his face. He carries an old school telephone message notepad in hand—the kind with the bright pink pages and the heading, “While you were out.”  Cooper scribbles purposefully on the page, tears it off and delivers the bad news:

“You got a ticket,” he says with stern authority. “For being loud!”

Gianna notices and does her best to catch Cooper’s attention as he makes his way towards her part of the room.

Cooper issues two tickets to the grown up sitting beside her, ignoring Gianna’s voluntary confession. Unfazed, Gianna looks to the accused and offers to autograph the ticket.  “I know how to write my name,” she says proudly.

At lunch time, the children pour their own milk and show off cucumber sandwiches they have created out of the simple ingredients laid out family-style at their tables. Afterwards, they put away their own dishes.

A little girl reminds her tablemates, “If you’re done, then you have to wait.”

Those who have never stepped into a Head Start or preschool classroom might be surprised to know that nearly all of the activities Gianna, Cooper, and their classmates enjoy at Head Start are part of an intentionally planned, high-quality, early learning experience. 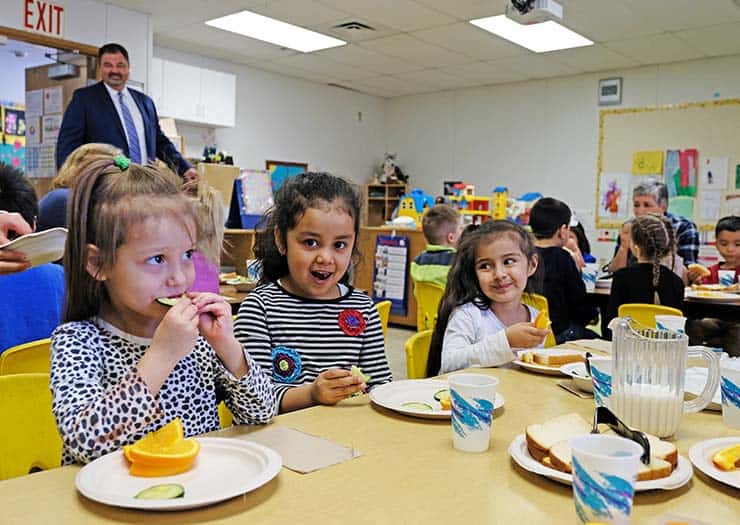 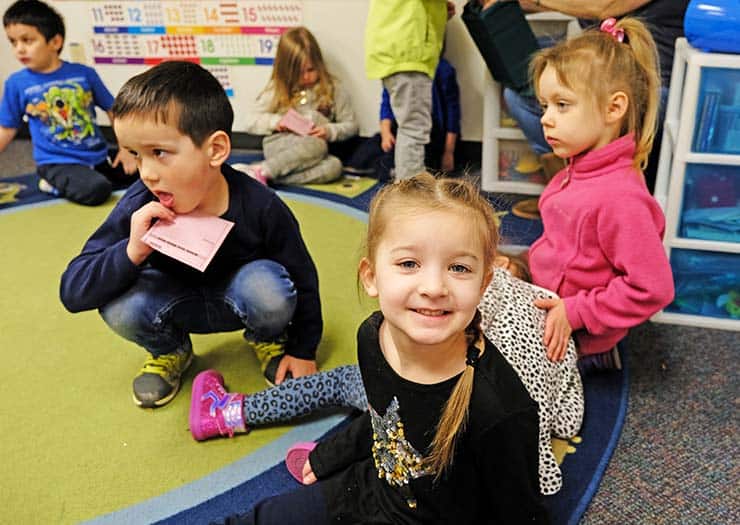 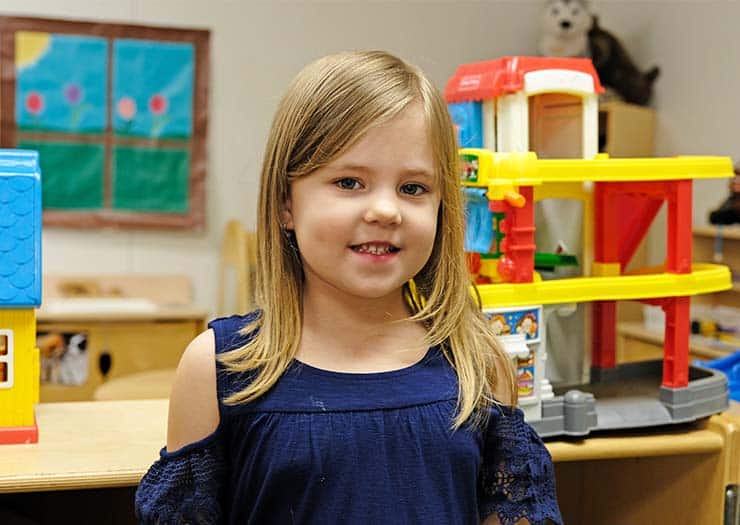 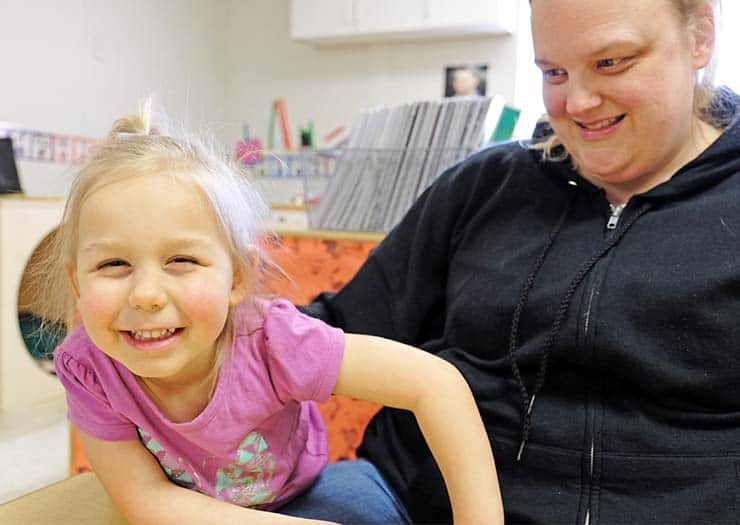 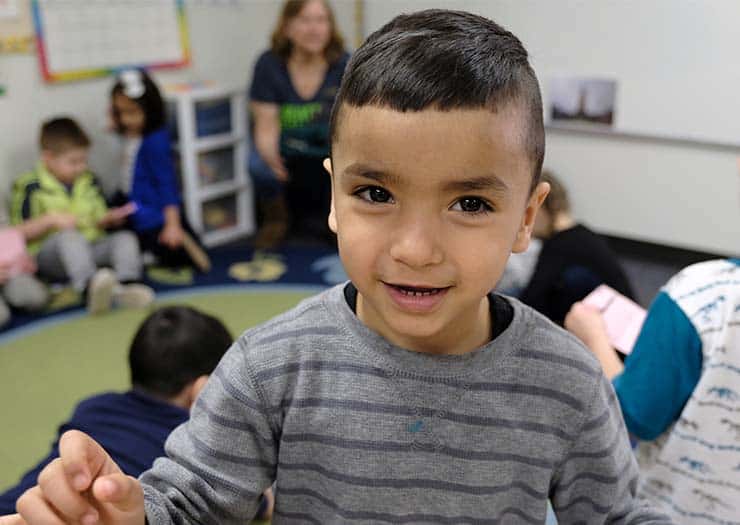 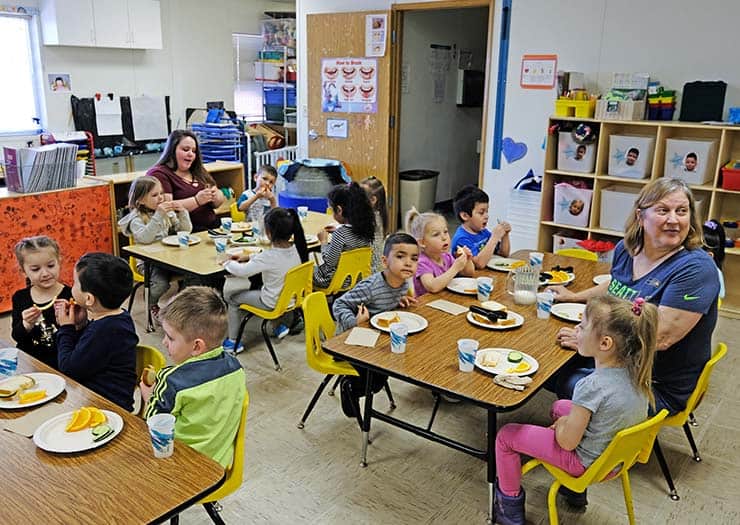 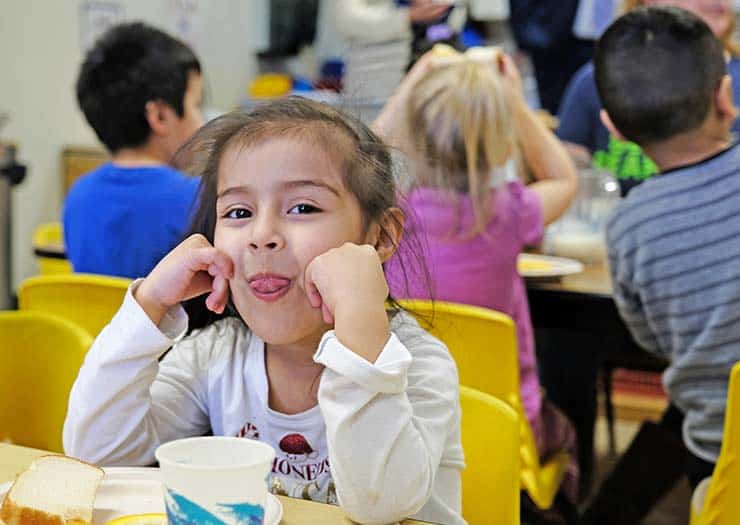 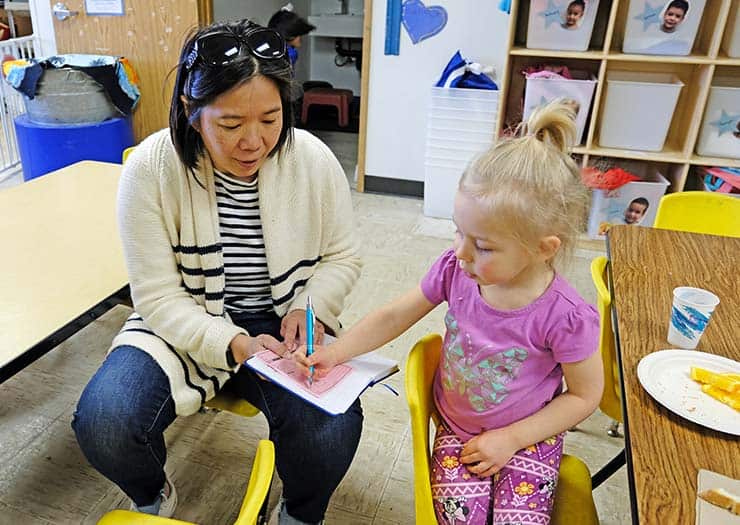 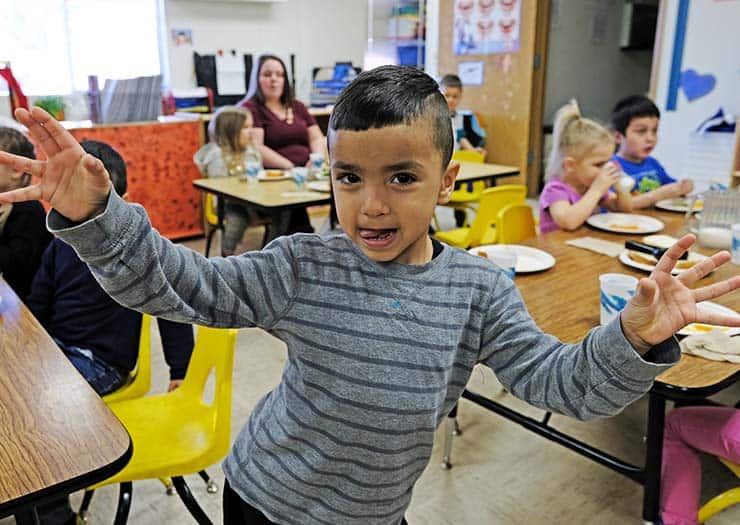 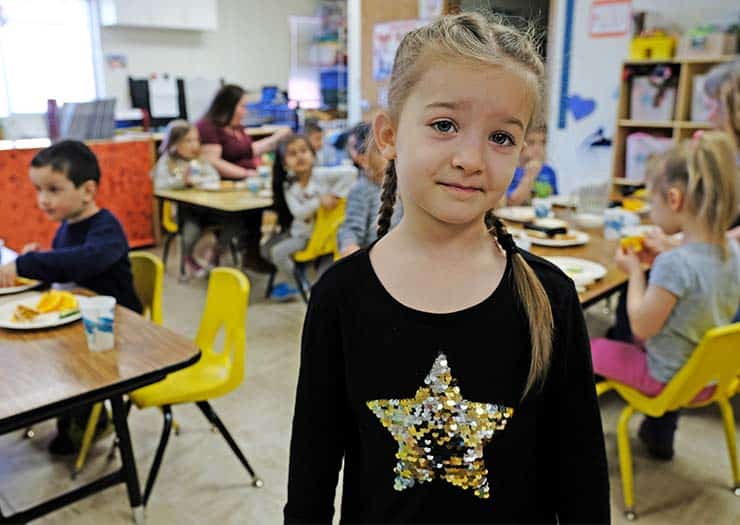 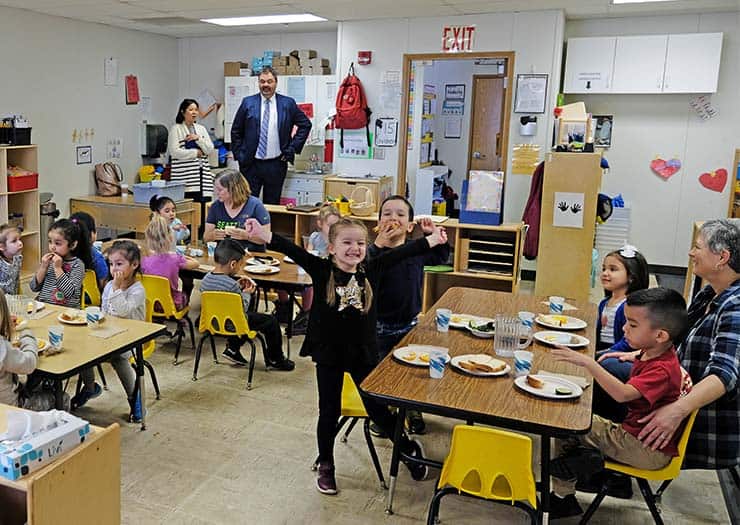 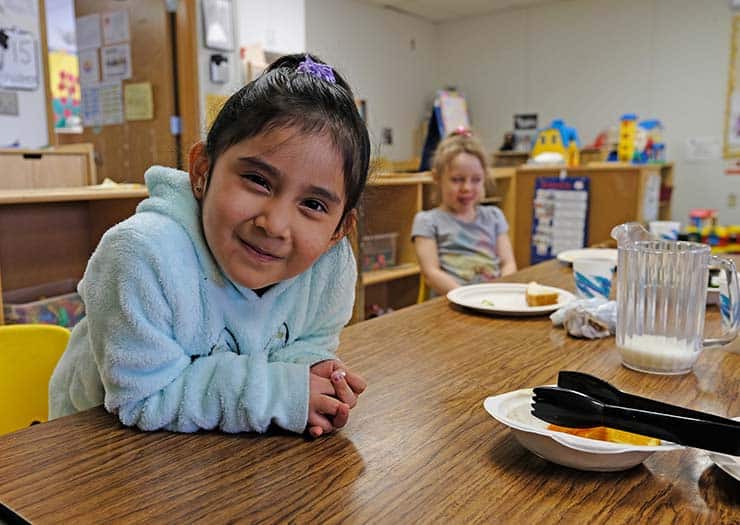 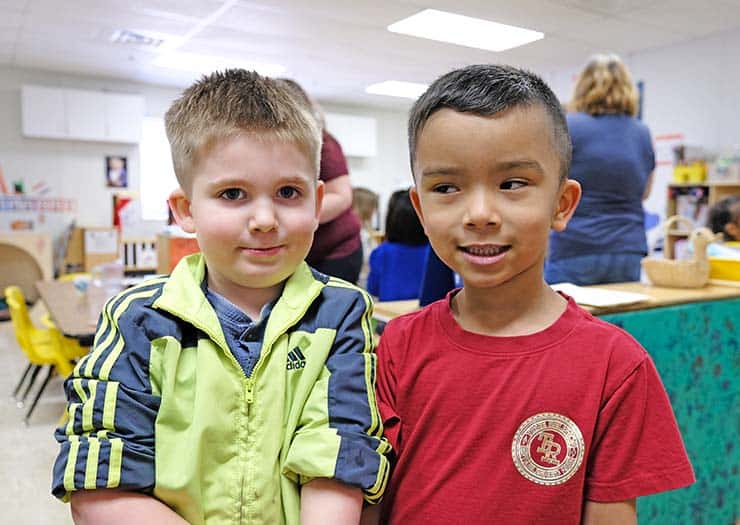 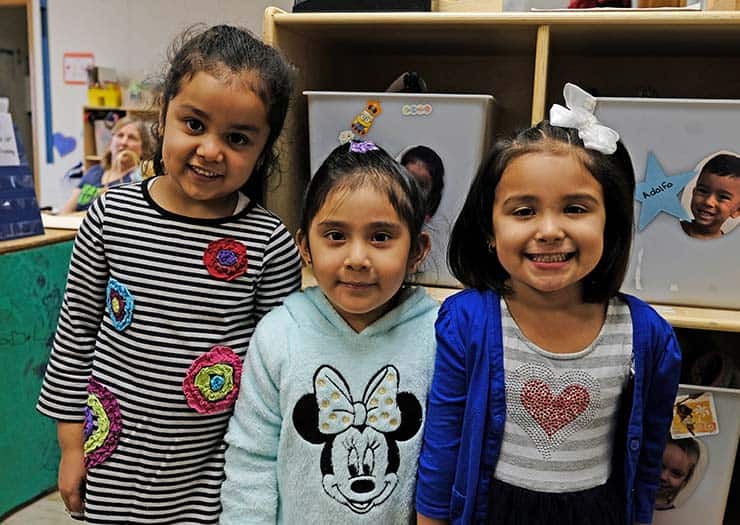 As Teri Seaton, a Head Start teacher with Educational Opportunities for Children based in Vancouver, explained, today’s early educators are expected to have knowledge and understanding of early brain development, to work with children who may need accommodations due to disabilities, and to address the impacts of ACEs (Adverse Childhood Experiences) among other challenging family and home environments.

“People too often associate early learning with babysitting and it’s so much more than that,” said Seaton. “It’s something that takes professional development, education, good training and intention, and planning to do well. That’s a piece that gets lost sometimes.”

At Orchards, the children have great freedom to engage in self-directed learning. They are offered many opportunities to be self-sufficient and are supported in acquiring the social and emotional skills that will help them be successful in kindergarten and beyond. Alongside early literacy and numeracy skills, children in high-quality early learning settings are also developing fine and gross motor skills, practicing patience and turn-taking, and building positive relationships with teachers and peers.

As Gianna demonstrates with her energetic endorsement of both “play” and “clean up” there is very little distinction between work and play. The children of Orchards know how to integrate both and the result is a learning environment that is a joy to witness and be a part of.

Many thanks to the students, parents, and dedicated staff at Orchards Head Start and Educational Opportunities for Children and Families in Vancouver, Washington for inviting us to be a part of their day.

Parents and Teachers Weigh Quality vs. Safety in Pandemic