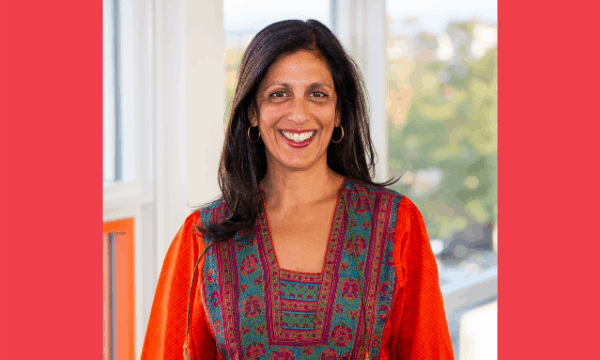 On behalf of the Board of Directors at Children’s Institute, I wish to share the news that after 16 years, Swati Adarkar, Co-Founder, President and CEO will step down from her role at the end of this year. Swati has been a visionary and innovative leader who built a top-notch nonprofit organization committed to improving the lives of children and families in Oregon. We are deeply grateful for her leadership over the years and we have much to celebrate and build on in terms of her accomplishments.

Under her tenure, we have seen public investments in Oregon’s early childhood programs and services grow significantly. Those include substantial investments in Oregon Pre-kindergarten, the creation of Preschool Promise and the Kindergarten Partnership and Innovation Fund, and passage of the Student Success Act in 2019 which allocates $200 million annually to birth to five programs.

Perhaps most importantly, Swati led the effort to launch Early Works, a 10-year initiative that began in 2010 at Earl Boyles Elementary School in Multnomah County and then at Yoncalla Elementary School in Douglas County. Early Works was recognized as a national model by the U.S. Department of Education in 2016. Early Works has helped many of us see what’s possible when early childhood programs, services, and family engagement are an integral part of a child’s educational experience. What we’ve learned through Early Works has helped us shape state early childhood policy and expand our impact with innovative programs like Early School Success — a recent Children’s Institute initiative that engages educators and families to improve early learning. Children’s Institute’s newest initiative focuses on health equity and ensuring young children insured by Medicaid receive critical early health and developmental services before kindergarten.

As we look to 2021, Swati has graciously offered to support the organization’s transition and serve as a resource for the organization. In the short term, we have named Karen Twain as the Interim Executive Director. Karen has most recently served as CI’s Director of Programs and brings a great deal of experience as an education leader having held significant leadership roles in the Tigard-Tualatin School District for 33 years.

The Children’s Institute Board of Directors is in the process of initiating a national search for the next leader of the organization. During this time of transition, we count on your continued support and we hope you can join us in wishing Swati success in her work ahead and thanking her for her significant contributions to Oregon’s young children and families.