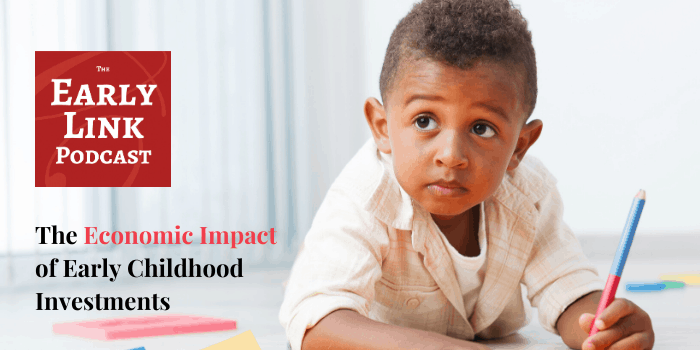 Rob Grunewald on the Economic Impact of Early Childhood Investments

In this episode of The Early Link Podcast, we speak with Rob Grunewald, an economist who advocates for investments in early childhood programs and services.

Rob Grunewald is an economist with the Federal Reserve Bank of Minneapolis. He conducts research on community development and regional economic issues and co-authored a report called “Early Childhood Development: Economic Development with a High Public Return.”

“The Promise of Early Childhood Development in Indian County”