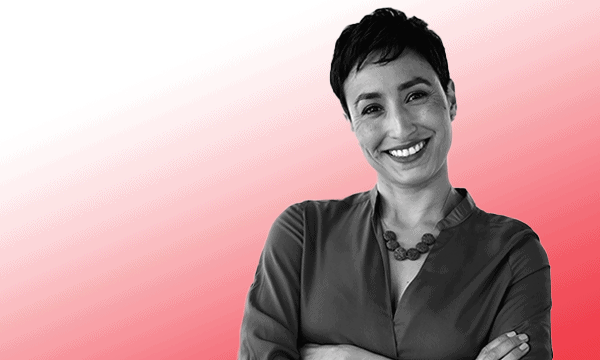 Dalia Avello, MA, IMH-E, serves on the board of Directors of the Oregon Montessori Association. She trained as a psychologist, is a certified Montessori teacher, has expertise in the education and international development fields, and has the Endorsement® certification at the mentor level in infant mental health – policy. She has led her career internationally, but has called Oregon home since 2014.

There is No Such Thing as a Bad Preschooler

During this legislative session, and after witnessing the misrepresentation of children overtly discussed in such an important public forum, I was compelled to testify in support of Senate Bill 236. The language used during public testimony and by elected officials during the legislative hearings was disheartening to hear. It is both inaccurate and dangerous to depict preschool children as conniving and aggressive beings.

Although SB 236 is designed around support for providers, it will ultimately protect children.

Being part of the only country in the world that has not ratified the Convention on Children’s Rights, Oregon now has the opportunity to demonstrate that it is not afraid of acting to solve an issue that is long overdue.

During my testimony, I considered it necessary to state for the record, that when we are using the word “children,” we are talking about toddlers and little children—children who have been alive less than 1,800 days, whose physical and socioemotional development is highly dependent on the adults in their lives, and whose brains have more than 20 years left to fully mature.

During the hearings, I identified four troubling themes:

1) The representation of children experiencing behavioral issues as “bad and violent.”

These “out of control” children bully, target, taunt, hit, bite and are overall mean to others. From a developmental perspective, I can tell you with confidence that there is no such thing as a bad preschooler. Children will typically have antisocial behaviors. They will act up if they are frustrated, angry or in pain. Just like adults, children that have suffered trauma, or are experiencing distress, need a way to express the pain they feel. Because they are little, they will express this in the only way they can. We should expect children to have these antisocial behaviors in the same way that we should expect adults to have grown out of them. Instead of referring to preschoolers as “bad and violent,” I propose we talk instead about children with behaviors that are expressing a need for help, support or love.

2) The idea that in spite of providers’ noble intentions and vast experience, they do not have the capacity to serve these “bad children.”

The implication is that expulsion and suspension are the only way of protecting the rest of the students, as well as their own wellbeing. I question the professional tools these providers use daily in their work. A child who is suspended or expelled due to limited self-regulation skills, tells me that the caregivers don’t have the experience and training needed to be helpful and nurturing in that situation. The strategies we use with children who don’t have distressing behaviors are not the same ones we turn to when we have a child who does, and is expressing a cry for help.  This change is part of a process, and requires time, which is why SB 236 establishes a coaching relationship and not a one time training. Childcare providers wanting to be successful with all their students need the practice and support included in this bill to get them there.

3) The argument that children with disabilities, or with externalizing behaviors that are derived from neurodiversity, have needs that some providers could not fulfill.

It was argued that this gap between needs and means was a valid reason to exclude them. Not only are these situations illegal under the ADA, but also part of a vicious cycle. In this cycle, rejected children learn that they are “damaged goods”. The providers want to send children to another program that “will serve them better,” even though such a program may not exist or be accessible to that family. Their classmates then learn that children who struggle are not deserving, while being robbed of the opportunity to learn compassion and tolerance.And thus, adult professionals and young Oregonians alike cannot learn that neurodiversity has positive elements, and that we need all kinds of brains to move the world forward.

4) In spite of comments asserting that preschool suspension and expulsion are behavioral and not racial problems, the numbers don’t lie.

I know this is an uncomfortable topic to bring up here in Oregon, but avoiding it and pretending won’t make it go away. The more you deflect and gingerly walk around an issue, the more evident it becomes for those around you.

These misleading representations of children cannot hide the fact that SB 236 considers support for all providers, even those who think it’s easier to avoid than to work through a problem. It develops a system, provides useful information, clarifies key terms, and gives everyone 5 years to practice these new skills and strategies—a greater and longer opportunity to improve than what adults have given some little children to heal.

I hope that the way that we speak about and treat babies and young children will change; this bill brings possibilities for both children and teachers to blossom together.

Senate Bill 236 would reduce/eliminate suspension and expulsion in early care and education programs. With leadership from Black Child Development-PDX, this bill is part of the Early Childhood Coalition’s (ECC) 2021 legislative agenda.

The 2022 legislative session came to a close on Friday, March 5, and as we welcome spring and a time of renewal, Children’s Institute is optimistic about the future of early childhood in Oregon. In the short span of five weeks, the Oregon legislature passed several of...

END_OF_DOCUMENT_TOKEN_TO_BE_REPLACED

In this article, parents share their experiences with voluntary home visits and why family support programs are so needed.