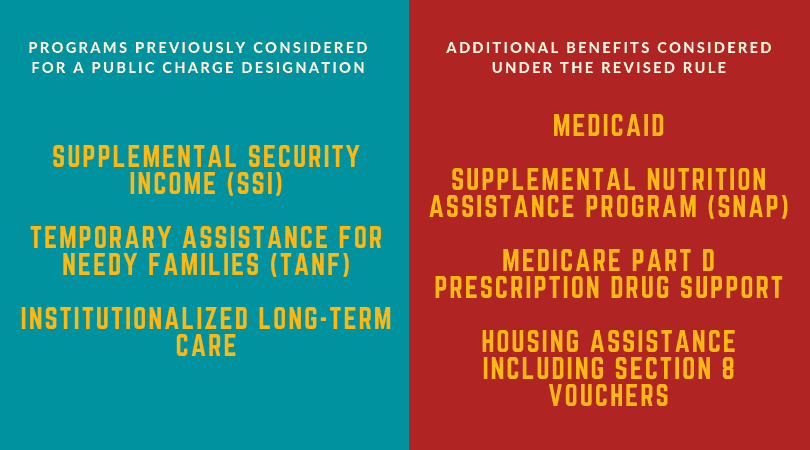 A Broader Definition of Public Charge Will Harm Millions of Families

Dana Hepper is Children’s Institute’s director of policy and advocacy. Below is her public comment on behalf of CI in response to the Trump Administration’s changes to the public charge determination.

Last year, the Trump Administration proposed changes to a federal rule known as “public charge” that would impact millions of working families across the country. Children’s Institute opposes this change as a racially motivated “wealth test” for immigrants and their families on the path to getting green cards.

Public charge is a determination used by immigration officials to refer to legal immigrants who are dependent on the government for financial support or likely to become so. Immigrants seeking legal permanent resident status who are deemed to be a public charge can be denied a green card. The Trump Administration proposal, which would define public charge much more widely than ever before, would force many immigrants to either forego essential supports like health care, food, and housing, or risk their immigration status.

In the last year, individuals and advocacy organizations across the country, including Children’s Institute, spoke out against changes to public charge. The proposal provoked a record 200,000 comments opposing the change. Despite this overwhelming opposition, the administration announced Monday that it is adopting this cruel and unnecessarily punitive rule change. The change will take effect October 15.

Enforcing a Law That Doesn’t Exist

According to the White House, the administration’s proposal simply seeks to enforce a law that has long been ignored.

“President Trump is enforcing this longstanding law to prevent aliens from depending on public benefit programs. The Immigration and Nationality Act makes clear that those seeking to come to the United States cannot be a public charge. For many years, this clear legal requirement went largely unenforced, imposing vast burdens on American taxpayers. Now, public charge law will finally be utilized.”

While the term “public charge” does appear in immigration laws, there is no “public charge law” that defines how an immigrant’s dependence on government support should be measured. The administration’s claim that it is attempting to enforce an existing law is false.

In the absence of any law defining what it means to be a public charge, INS officers historically interpreted the phrase themselves, applying inconsistent standards and requirements to green card applicants. In 1999, INS moved to clarify the guidelines, introducing a rule that defined a public charge as someone who receives most of their cash income from the government. The government further clarified that the use of Medicaid, the Children’s Health Insurance Program, or other non-cash programs would not be factors in public charge determinations.

This clarification was deemed necessary because confusion over these benefits “deterred eligible aliens and their families, including U.S. citizen children, from seeking important health and nutrition benefits that they are legally entitled to receive. This reluctance to access benefits has an adverse impact not just on the potential recipients, but on public health and the general welfare.”

The Trump Administration, it seems, wants to deter working immigrants from accessing—even for a short period of time—Medicaid, the Supplemental Nutrition Assistance Program, Medicare Part D prescription drug support, or housing assistance. According to Elena Rivera, Children’s Institute’s Senior Health Policy & Program Advisor, “The new public charge rule will punish immigrants for seeking services to meet their family’s most basic needs of food, health care, and housing. Even worse, this rule is yet another tool being used to create an epidemic of fear and isolation across our communities, causing lasting harm to mental health and community well-being.”

This is not, as the administration claims, simple enforcement of a long-standing law. It is another weapon in a war on immigrant communities that will have a disastrous impact on those—including millions of children—who rely on these benefits. 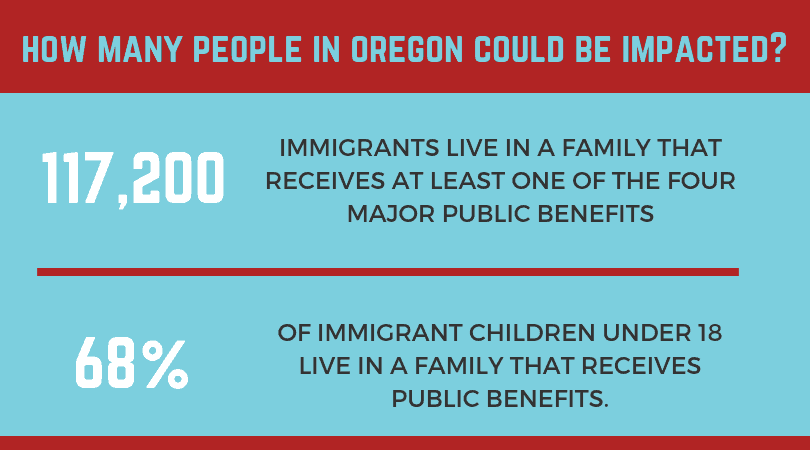 If you or someone you know is currently applying for a green card, or will be in the future, learn more about your rights and how this rule change might affect you from Protecting Immigrant Families. The new rule is set to take effect on October 15, though legal challenges could delay this. Under current interpretations of the rule, green card applications that have already been submitted will not be subject to these rules, the use of non-cash benefits prior to October 15 will not impact future green card applications, and programs used by your U.S. Citizen children will not be used against you.

Parents Wrestle with School and Care Choices in Pandemic