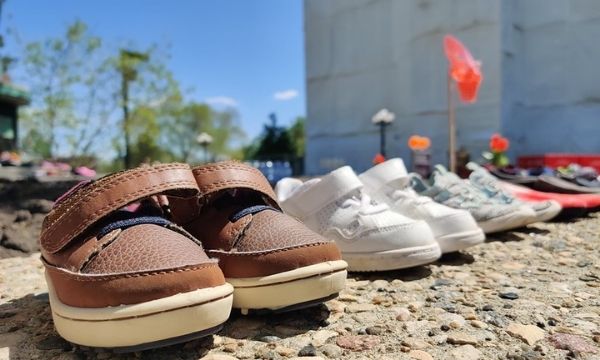 This is a heart-wrenching and shocking discovery, but the findings at the Kamloops site only confirm what many Indigenous people across North America have known for generations.

The forced separation of children from their families was a brutal feature of Canada’s approach to assimilating Indigenous people, one that constituted cultural genocide according to a six-year investigation that ended in 2015 by Canada’s National Center for Truth and Reconciliation. The report also documented physical abuse, rape, malnutrition and other atrocities suffered by thousands of children over a period of 150 years, from the 1840s to the 1990s.

Residential schools like Kamloops operated throughout Canada and the United States. In the US, their existence stemmed from the concept of the “Indian problem” which predates the founding of the country. George Washington believed the solution was to civilize Native Americans. Andrew Jackson believed in having them removed. In 1830, Jackson signed the Indian Removal Act and used the law to force Native Americans off their lands and west of the Mississippi.

By the late 1800s, however, as white settlers sought more land and the nation expanded west, Indian removal became forced assimilation, a government backed policy of cultural elimination that lasted until the 1950s. The first federally run Indian boarding school opened in Pennsylvania in 1879. More than 350 Indian boarding schools operated in the US in the 19th and 20th centuries. These government-funded schools, many of them run by Christian churches, worked toward assimilation by forcibly placing children into educational settings rife with abuse, neglect, and linguistic and cultural erasure. In Oregon, the Chemawa Indian School served that purpose.

We revisit this history because we know that the past informs the present. It is here with us right now, impacting the lives of children and families everywhere.

A statement from the Confederated Tribes of Grand Ronde, alongside a photo from the Chemawa Indian School, said it this way: “Every native person you encounter, has likely been touched by the impacts of Indian boarding schools. Kamloops is a reminder of this troubled history, and it cannot be forgotten.”

As we work to create and fund public systems for children and their families, we must do so with an understanding of the past that surrounds us. Because our current systems were built on oppression, destruction, and white supremacy, they reinforce inequality across educational, health, socioeconomic, and racial lines. Our systems now are failing our children, families, and communities, and it is our responsibility to seek normative change grounded in equity, human rights, and justice.

Decisions about how systems function and evolve and how investments in those systems are made take place constantly. Representation matters. And communities subjected to historical and contemporary injustices must have a voice in shaping policy and creating the systems of the future. Incremental change is happening, but it is not enough. And because children ages 0-5 are the most racially, ethnically, and linguistically diverse Oregonians, our advocacy efforts must work to dismantle structural discrimination and oppression so they can thrive.

In Their Own Words: Residential School Survivors Talk About Their Experiences and the Lasting Impact on Their Lives

From CAP: Build Back Better Act Will Allow Parents to Choose Faith-Based Child Care and Pre-K