Children’s Institute is pleased to announce that the Forest Grove and Beaverton School Districts have been selected as our initial partners in our latest initiative, Early School Success (ESS).

After a competitive application process, it was clear that both Forest Grove and Beaverton are deeply committed to young learners and that they are just as excited as we are about the transformative work we’ll be engaged in over the next five years. Here’s an introduction to the districts and a little about why we chose them.

In Forest Grove, A Family Feel

In the school library at Echo Shaw Elementary in Forest Grove, a few dozen parents, most of whom are Spanish-speaking, have been asked for their thoughts on the school’s preschool program.

Through a translator, one parent says that her child talks about school all the time and is always practicing what she learns at home. Another parent reports that her daughter already knows all her letters and letter sounds. It doesn’t take long before the comparisons start. One parent explains that her younger daughter was so much better prepared for kindergarten than their older son, because of her exposure to preschool. Another says that she sees the differences between her kids who have gone to preschool and those who haven’t.

When asked about the quality of communication from teachers and staff, parents offer another round of positive comments. As their visitors from Children’s Institute (CI) press for even more details, a flicker of confusion—maybe impatience?—flashes across one mother’s face. She raises her hand to summarize what other parents have tried to illustrate, but which her visitors don’t yet seem able to fully grasp.

In Forest Grove, the feeling of family is unmistakable. You hear it when parents speak about the trust they have in their teachers.  It’s evident when teachers speak of their commitment to students. Most importantly, it’s reflected in the joyful faces of the children who attend one of two high-quality, dual language preschool programs currently offered in the district.

Those children will be moving on to kindergarten and beyond next year. Their family—both at home and at school—wants to do more to ensure that they, and the children who follow them, continue to build on the strengths they have gained. 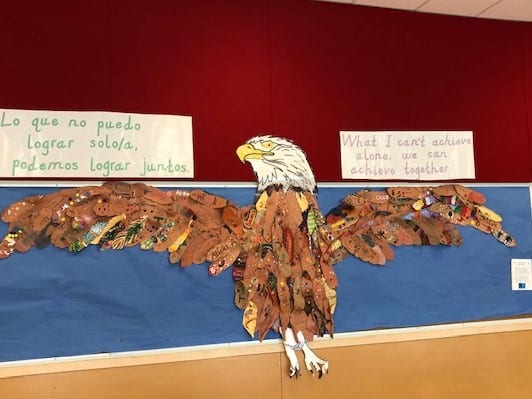 At Echo Shaw Elementary in Forest Grove, an inspirational message in Spanish and English

What could better alignment between preschool and the K–5 system look like? Perla Rodriguez, Echo Shaw’s principal, speaks to the benefit of shared professional development. The staff, she says, are “super willing” to engage in this work. Preschool teachers are used to preparing their kids for the upper grades, but she adds that her school’s K–6 teachers could learn so much from shared professional learning opportunities that help them understand “what they have coming to them.”

In selecting Forest Grove as a pilot district, CI expects that the district’s deep community connections, the staff’s enthusiasm for collaborative learning, and impressive level of family engagement will serve as a strong foundation for the initial rollout of ESS. There’s also much to learn from the district’s strong dual language instructional practices.

Beaverton School District, like Forest Grove, is also located in Washington County. If Forest Grove is aptly characterized as a family, Beaverton might best be comparatively summarized as a metropolis.

With more than 40,000 students, Beaverton is the third-largest school district in Oregon. The district operates 34 elementary schools and runs five school-based preschool programs. Two of those sites, Aloha Huber Park K–8 and Vose Elementary, will pilot the ESS initiative at their schools.

While some may consider Beaverton, home to corporate powerhouse Nike and a tech industry hub, as a place of relative affluence, the district has seen increasing numbers of low-income families and now serves the highest population of homeless students in the state.

Superintendent Don Grotting has led a district that has been unwavering in its support for early learning despite a tough fiscal environment. The district plans to spend $1.3 million to support early learning next year, a significant portion of its program budget.

“Where can parents access resources [from birth] and understand things that matter? How can we make a seamless integration then, into this thing we call school? This is a provocation to think about what is possible…an invitation to think differently and envision what school success really looks like.” 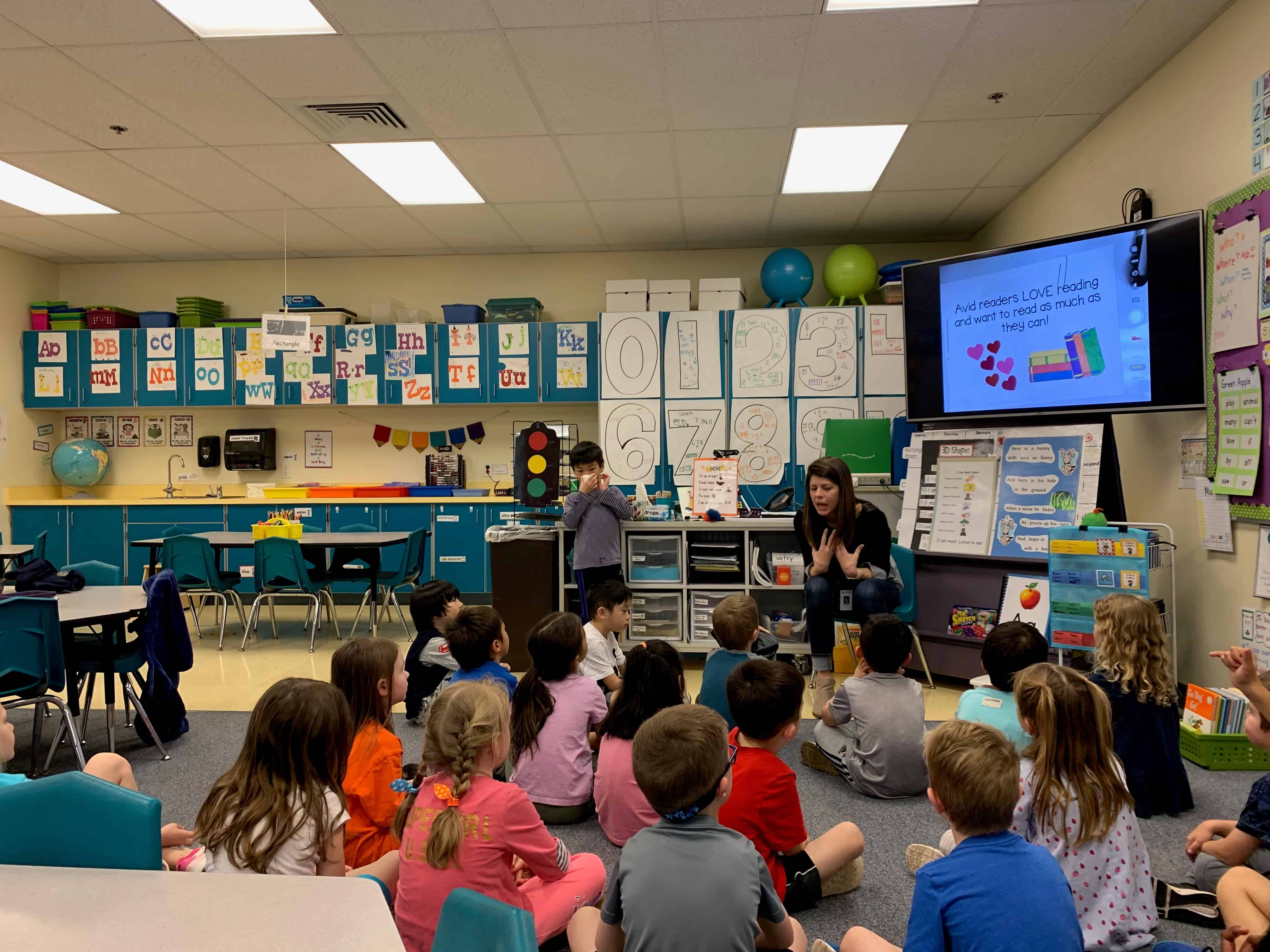 A kindergarten classroom at Scholls Heights Elementary in Beaverton

A Structure to Build Upon

The district has already created an “early learning cadre” of administrators, practitioners, and other community members who will play a central role in much of the ESS work.

One preschool teacher called out the benefit to students who have experienced trauma and who need teachers with more understanding of social emotional learning and behavioral strategies.

“My hope is that these kids are seen like I see them [and not just as] kids that would be blowing up and removed from a classroom.”

A second-grade teacher spoke about how she hoped that preschool’s emphasis on imaginative play and inquiry-based learning could be more intentionally carried up into the early elementary grades. “I hope,” she said, “that my children don’t ever lose the ability to wonder.”

In selecting Beaverton as a partner district for ESS, CI believes that the district’s demonstrated commitment to early learning, inspired teaching, and appetite for next-level professional development will serve as a strong foundational base for future work. The district’s size also offers an opportunity to bring a smaller set of successful practices out to more school communities.

END_OF_DOCUMENT_TOKEN_TO_BE_REPLACED

Setting the Record Straight on Social-Emotional Learning: The Business Case for SEL

Just as early childhood advocates frequently cite the economic case for early learning, proponents of SEL shouldn’t shy away from making the case that teaching social-emotional skills to young children makes good business sense. There are a lot of important reasons for teaching these skills starting at a young age and the fact that these skills will make it easier down the road for students to succeed in the workplace is a fact worth highlighting.