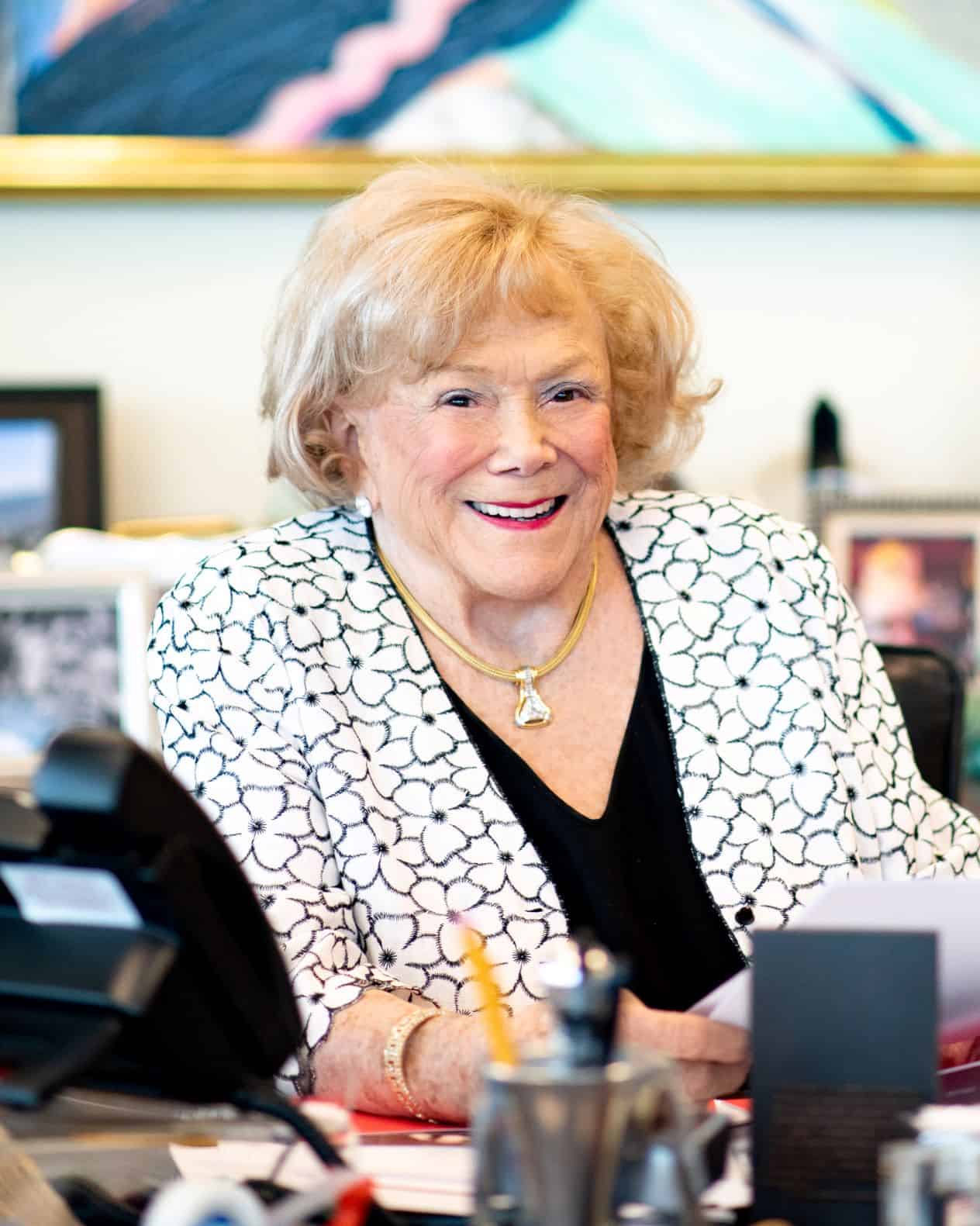 Arlene Schnitzer: A Generous and Fearless Advocate for Children

Notable Oregon philanthropist Arlene Schnitzer, who passed away on April 4, 2020 at the age of 91, was perhaps best known for her lifetime of support for the arts. Arlene’s commitment to women’s health and children’s issues may be less recognized among the broader public, but at Children’s Institute, we are very aware of, and grateful for, this thread in her giving.

Gary Withers, Children’s Institute’s first president, co-founder, and long-time board member, worked with Arlene on many projects. “When CI was in its earliest stages, we had a meeting with Arlene to tell her about the project and ask for her support. And Arlene said, ‘Well, let’s just add up how much we’ve given annually and recently to causes related to children.’ And of course at that time, Harold and Arlene were well known for their support for OHSU and the arts. But we were adding up their contributions to causes just related to kids, and I’m not sure whether it was over one year or two or three years, but it was millions! And I sat there and I thought, Well this is the story that nobody knows.”

Arlene became a founding member of the Children’s Institute board, helping to shape the vision for work that improved the lives of many Oregon children and families. According to Withers, Arlene chose this work because “She loved the concept that if we invest in early childhood, that we would be able to avoid a lot of the downstream challenges that children face, particularly children with high adverse childhood experience scores. She was a believer in the power of mitigation that is inherent in great early childhood programming.”

CI’s Early Works initiative in particular meant a great deal to Arlene, as she knew it made a tangible difference for families. “She and Harold spent time visiting national models, but were committed to an approach that would engage with public schools and meet the specific needs of Oregon children,” recalls Adarkar.

“Arlene and Harold had a really strong bond to this community,” says Barbara Hall, who worked with Arlene for 36 years, eventually becoming the executive director of The Harold & Arlene Schnitzer CARE Foundation. “They were true Portlanders. They were both from immigrant families that came from Russia, and I think they were interesting because they were not raised with great wealth. They really earned that wealth, and they felt very strongly that this community was what allowed them to flourish. So they gave to every nonprofit in the city that they felt helped make the city a better place to live.”

Arlene was interested in improving quality of life, and she liked to be able to see the results. She felt that improving the lives of families was one of the surest ways to strengthen the community she felt so connected to. Her giving was pragmatic; she asked, “What project would have a direct impact on my neighbors?” and then she chose a leader she believed in, whose work was solving the problems she saw as important.

Swati Adarkar, president and CEO of Children’s Institute, was one of those leaders, and enjoyed a special relationship with Arlene. “When we started CI,” Adarkar says, “I had no plan to become the executive director. I’d envisioned partnership, rather than a CEO. I had two young kids at the time. Arlene believed in mentoring and encouraging women to take leadership roles and helped build my confidence, because she was such a strong and fearless leader. I watched how she would pick her moments to strategically express her point of view and how effectively she could persuade those around her to be bolder and more courageous.” 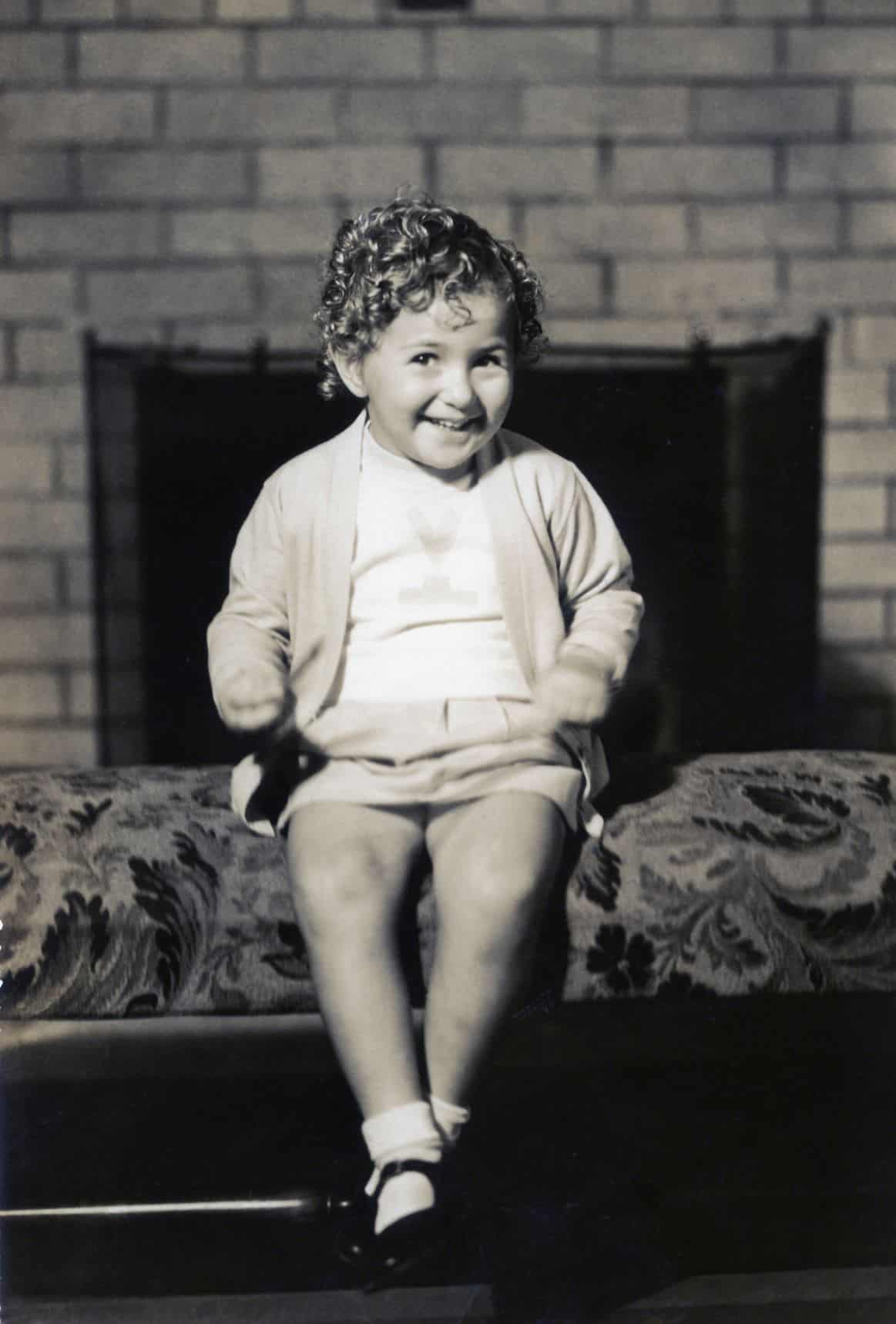 “Arlene put a lot of faith in Swati,” says Hall. “She really felt like CI’s work was the first thing Swati thought of when she woke up in the morning, and she probably noodled it until she fell asleep at night—what she wanted to do to make a difference, using Children’s Institute as the vehicle to help make that happen.”

Withers agrees. “Arlene had a level of trust and confidence in Swati and the mission and vision of Children’s Institute that allowed her to remain a very long-term investor even as the issues that Arlene faced with her health, and the complexity of the issues being addressed by Children’s Institute, began to eclipse what she could attend to personally.”

Adarkar deeply appreciates the trust. “Arlene was the kind of rare supporter who identified the issues she cared about and the people she trusted to move the work forward. She empowered me and the rest of CI staff to do what we knew needed to be done.”

Generosity and the spirit of community will be such an important part of Arlene’s legacy. “As a philanthropist and as a person,” says Hall, “Arlene never met a problem that she didn’t want to try and help fix. Never. And I love that about her. She always had room for one more thing on her plate. That was probably what I loved about her the most. She was never numb to anything.”

Withers echoed this sentiment: “Arlene had a way of making friends for life. It was her authenticity, and her integrity, and her candor. The word ‘philanthropy’ means love of humankind, and she had this huge heart that just really loved people.”

At Children’s Institute, we hope our ongoing work is an expression of our gratitude to Arlene for her role in the development and health of our organization. We will miss her humor, warmth, sharp instincts, and commitment to making our state a more vibrant and healthy place to be a child.