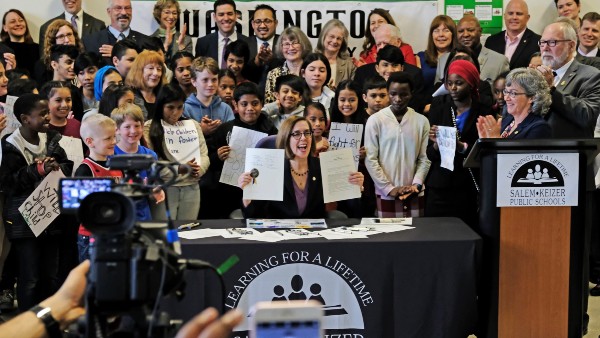 The Path to the Student Success Act

This year, Oregon passed the Student Success Act: a new annual $1 billion public investment in education. Twenty percent of this budget—nearly $200 million per year—will go toward early childhood programs and services. This new funding is in addition to existing allocations to early childhood, roughly doubling the state’s commitment to programs and services for kids under 6.

Speaking at the City Club of Portland, House Speaker Tina Kotek credited these historic investments to the determined efforts of advocates over many years. Those efforts included educating lawmakers on the connections between early childhood experiences and future academic success. 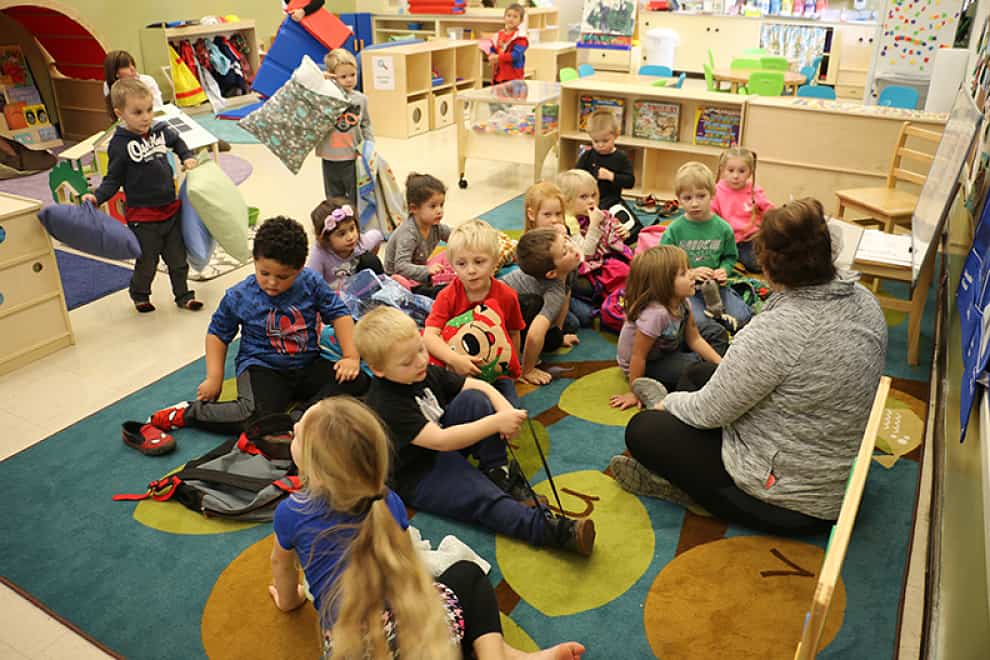 Students in preschool classes at Earl Boyles (above) and Yoncalla Elementary Schools (below).

The profound cognitive, social, and emotional experiences children have in the first five years of their lives set the foundation for all future learning. “If we want to improve health and education outcomes in Oregon, we need to ensure all kids have equitable access to high-quality early care and education,” says Swati Adarkar, president and CEO here at Children’s Institute. “Lawmakers need to understand the connection between the early years and long-term academic success. We work alongside partner organizations around the state to make that case.”

Making the case takes more than presenting decades of research on the long-term benefits of high-quality early education. In 2010, we launched the Early Works initiative to demonstrate the impact of combining high-quality preschool with other supports like infant and toddler play and learn groups, health care and housing supports, and parenting education.

Adarkar explains: “Our Early Works sites at Earl Boyles and Yoncalla Elementary Schools have served as learning laboratories. Lawmakers and educators can see firsthand what happens when families and schools meaningfully partner together to make sure kids get high-quality early childhood experiences.”

Educating lawmakers on the importance of early childhood was only the first step. Because we’re still in the process of developing a comprehensive system for children under 6, it’s not possible to “invest in early childhood” in the same way the state invests in K–12 education. Instead, lawmakers needed to determine which programs and services to fund, and how much money to give them.

The nearly 40 advocacy organizations in Oregon’s Early Childhood Coalition (ECC) played a key role in helping legislators make those determinations. Dana Hepper, our director of policy and advocacy, helped lead the coalition, which formed in December 2017. “The investments in early childhood that were ultimately included in the Student Success Act were based on recommendations developed by the ECC. We worked together over six months to determine which programs and services needed to be funded and at what levels, educate lawmakers about their impact, and engage Oregonians to support the investments,” Hepper explains. Thanks to Governor Brown’s leadership leading up to the 2019 session, the ECC was able to use investments in early childhood included in the governor’s recommended budget, released in November of 2018, as a starting point for their legislative agenda.

Speaker Kotek echoed the importance of this advance work to determine the coalition’s priorities. “Success [in the legislature] is grounded in the hours and hours of work that are done even before the session starts in January,” she told attendees of the City Club’s Friday Forum last month. “Education experts consistently told us that more resources for early childhood education were necessary if every student were to be able to succeed.”

The consistency of the message was key. “The ECC was successful because we aligned our efforts by aligning our missions,” says Cara Copeland, executive director of the Oregon Association of Relief Nurseries. “When early childhood providers work and fundraise in isolation, they lose sight of the fact that families raising young children need a variety of supports in order to thrive. A family may receive support from a Relief Nursery to help build their protective capacity, but after that child leaves our therapeutic classroom the parent must still have affordable child care and a plan for quality preschool.”

Evidence-based policy recommendations on their own are never enough to sway lawmakers, especially when it comes to allocating record amounts of money. To pass the Student Success Act, legislators needed to hear from those most impacted: parents and educators. When the Joint Committee for Student Success (JCSS), co-chaired by Senator Roblan and Representative Smith Warner, announced their state-wide listening tour to formulate a plan to improve education in Oregon, the ECC pushed for early learning sites to be included.

The JCSS sought to understand Oregon’s education crisis: the state ranks 49th in the nation for high school graduation, has the fourth-worst chronic absenteeism rate, and is in the midst of a behavioral crisis. “Research shows that all of these issues are tied to early childhood experiences,” explains Danielle Pacifico-Cogan, our director of community affairs. “But stories from real people have a bigger impact than statistics. When lawmakers visited early learning sites, they were able to hear directly from parents who want and need high-quality early care and education for their young children.” Members of the JCSS reported to Speaker Kotek that this listening tour was one of the highlights of their legislative careers.

“The message they heard was consistent across the state: early childhood services and programs deliver huge benefits, but many families don’t have access to them,” Pacifico-Cogan says. Thirty-thousand children living in low-income families in Oregon currently lack access to high-quality preschool; child care in the state is just as scarce.

In addition to bringing lawmakers into early learning settings, the Early Childhood Coalition brought supporters to Salem for Early Childhood Lobby Day. Over the course of the day, nearly 150 parents, educators, child care providers, and advocates met with 63 state lawmakers to voice their support for the coalition’s agenda.

Amanda Manjarrez, director of advocacy for Latino Network, participated in small group meetings between constituents and lawmakers throughout the day.

“Lawmakers hear from me all the time about the need to fund culturally specific early childhood programs. On Lobby Day they heard from providers who need these resources to close opportunity gaps for children of color and dual language learners. They met parents who want access to programs like Juntos Aprendemos that equip Spanish-speaking parents and kids with the skills they need to succeed.” The Student Success Act includes $20 million over two years for an Early Childhood Equity Fund dedicated to culturally specific early learning services. 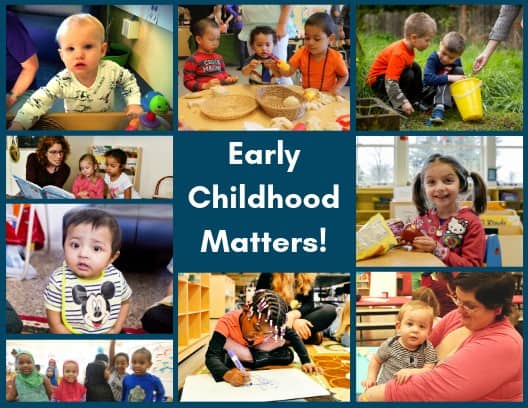 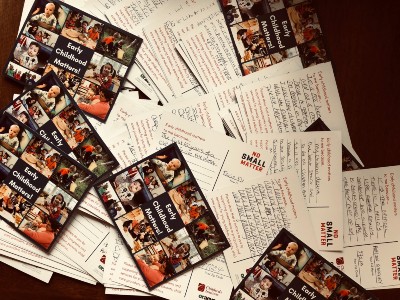 The coalition also engaged supporters who couldn’t make it to Salem. Attendees of two screenings of the early childhood documentary No Small Matter wrote postcards to their senators in support of early childhood investments; hundreds of other voters sent emails. All of this was part of the ECC strategy to enable constituents from across the state—particularly those represented by members of the JCSS—to share their lived experiences with lawmakers, and to support these stories with data. The end result: lawmakers learned that in Oregon—like in many other parts of the country—there is broad support for funding for early childhood.

This year’s historic investments in early childhood followed years of research, innovative initiatives, partnerships, and community engagement. Following the announcement that opponents of the bill will no longer be working to refer it to the ballot, this funding is now one step closer to reaching critical early childhood programs and services. Over the coming months, we’ll continue to work with our ECC partners to share personal stories from across Oregon about the impact of early health and learning. We’ve seen how important the voices of parents, educators, and health care providers are, and we’re committed to making sure they get heard. If you’d like to add your voice to this movement, use the link below to share with us why early childhood matters to you.

Because of Early Works, I Know my Voice Matters