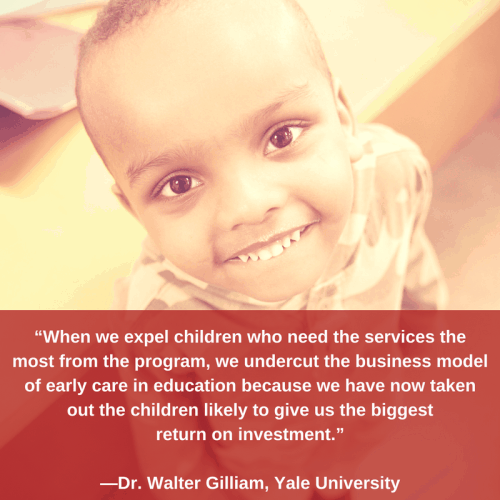 Many people associate school expulsion with deliberate disobedience or some form of violence by older kids in the K–12 system. But expulsion affects our youngest learners, too—preschool students as young as age 3 or 4—impacting thousands of children across the country just as their school experience is beginning.

Expulsion at a young age creates a negative educational experience from the start and can predict expulsion or suspension at a later age. It also means that young children lose opportunities to learn, socialize, strengthen behavior skills, and develop positive relationships with adults and learning in general.

A recent analysis from the Center for American Progress, based on the 2016 National Survey of Children’s Health, found that about 250 preschoolers are expelled daily. This equates to more than 50,000 preschoolers expelled at least once from publicly funded programs with thousands more expelled from private programs each year. The analysis also found that black children “are 2.2 times more likely to be suspended or expelled than other children, and while boys represent 51 percent of the preschool population, they receive 82 percent of the suspensions and expulsions.”

We have a better understanding of how widespread preschool expulsions are thanks to research by Dr. Walter Gilliam from Yale University. In 2005, Gilliam released “Prekindergarteners Left Behind,” a groundbreaking national study that examined expulsion rates in state preschool programs. What he found has helped the field understand the complexity of preschool expulsions and develop ways to prevent expulsion and suspension for young children.

Findings from the Study
After surveying all 40 states that fund prekindergarten programs, Gilliam found that prekindergarten students are three times more likely to be expelled than their K–12 peers. The study also revealed: 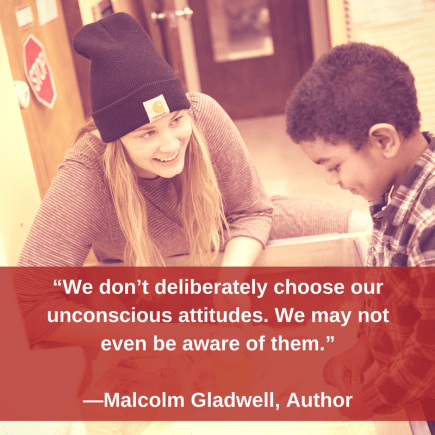 Working to understand the findings, Gilliam and his team examined teacher bias when it came to observing students. Using eye-tracking technology, researchers presented videos to teachers featuring child actors interacting in a preschool setting. The children engaged in normal play activity without behavioral concerns, but the researchers led teachers to believe children might misbehave. Then they monitored who the teachers watched the most.

In addition, attempts at reducing bias by providing teachers with details about home and family life made the perceptions about behavior worse when the race of the teacher and student were not the same.

The Impact of Implicit Bias

The Child Care State Capacity Building Center (SCBC) defines implicit bias as follows: “Implicit bias refers to the unconscious attitudes that affect understanding, actions, and decisions. These associations cause feelings and attitudes about other people based on characteristics such as race, ethnicity, gender, age, and appearance. Implicit associations do not necessarily align with declared beliefs.”

The Frameworks Institute makes clear that negative stereotypes are part of the definition, where “implicit bias—the absorption and accumulation of negative stereotypes from media and culture, and the flawed snap judgments that are shaped by those hidden beliefs—is one way that race influences outcomes and creates inequities.”

In Malcolm Gladwell’s 2005 book Blink, he reviews implicit bias test results from Harvard University, finding that “our attitudes toward things like race or gender operate on two levels,” one conscious and one unconscious. He also writes, “The disturbing thing about the test is that it shows that our unconscious attitudes may be utterly incompatible with our stated conscious values.” This means that bias is built in to our thinking, attitudes, and associations, influencing our behaviors and actions in ways we don’t fully understand.

Additionally, implicit biases are more likely to surface when teachers are pressured to make snap judgments or while working in stressful environments with a heavy cognitive or emotional load. Systemically, these kinds of pressures, combined with a lack of awareness about unconscious conditioning, lead to racial disparities in expulsion, skill assessments, and levels of discipline. 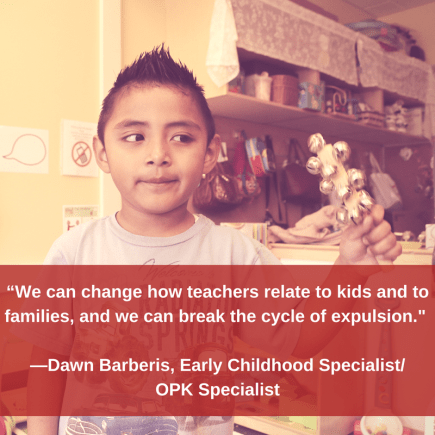 Recent data confirms that disproportionate expulsions continue to grow. 2016 data from the US Department of Education Office for Civil Rights indicate that black preschoolers are nearly four times as likely to be suspended as white preschoolers, an increase over expulsion rates in 2005. Black children also represent 19 percent of preschoolers but 47 percent of suspensions.

When it comes to preschool expulsions, the most recent data available showed Oregon ranks 26th out of 52 state prekindergarten programs. It also has the seventh highest expulsion rate among all 50 states for K–12 expulsions.

In 2013, Oregon removed the zero-tolerance policies in schools and in 2015 passed legislation (SB 553) to limit the reasons for suspension or expulsion. Bill sponsors acknowledged the existence of the school-to-prison-pipeline and the connection between school suspensions and increased risk for leaving school and incarceration.

While that bill focused on students under 12, it didn’t address the needs of kids in preschool, in part because public preschool is largely disconnected from the public K–12 system.

Dawn Barberis, an early childhood specialist/OPK specialist at the Early Learning Division of the Oregon Department of Education, agrees with Walter Gilliam that expulsion remains an adult decision, not necessarily a child behavior problem. “With adequate training for teachers and supports for students,” Barberis says, “we can change how teachers relate to kids and to families, and we can break the cycle of expulsion.” Knowing this, she says, Oregon can create policy that offsets the effects of implicit bias, improves teacher skills related to behavioral and social emotional issues, and delivers resources to early learning providers.

Other states are seeing this opportunity now. Illinois, California, Maryland, and Texas recently passed legislation to protect kids from preschool expulsion, and Ohio is considering similar legislation. Connecticut has not only restricted suspension and expulsion in preschool, it provides free mental health consultation services to preschool programs aiming to improve teacher skills and change how adults address behavior. 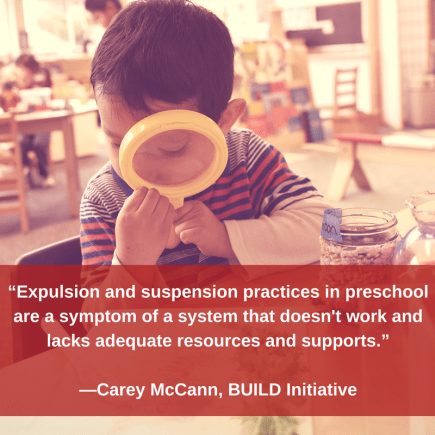 Donna Schnitker, president of the Oregon Head Start Association, adds that preschool classrooms are seeing more children with severe behavior problems each year, more children in the foster care system, and more families struggling with the effects of addiction. Ultimately, she says, kids and teachers need help. “There is always a key that unlocks the behavior or the issue, but you have to have the skills to do it,” Schnitker says. “Teachers increasingly want kids out of their class, but those kids are telling you something and they will respond if we can understand their actions and what’s behind them.”

That takes time and resources. While Oregon needs to better understand its expulsion issues, which will require improving state data, it’s not too soon to pass policy that gives children supports they need to learn.

Listen to our conversation with Dr. Walter Gilliam, co-author of  A Vision for Universal Preschool Education, and the groundbreaking study from 2005 called “Prekindergarteners Left Behind” that examines expulsions rates and the reasons for expulsion in state preschools across the country.