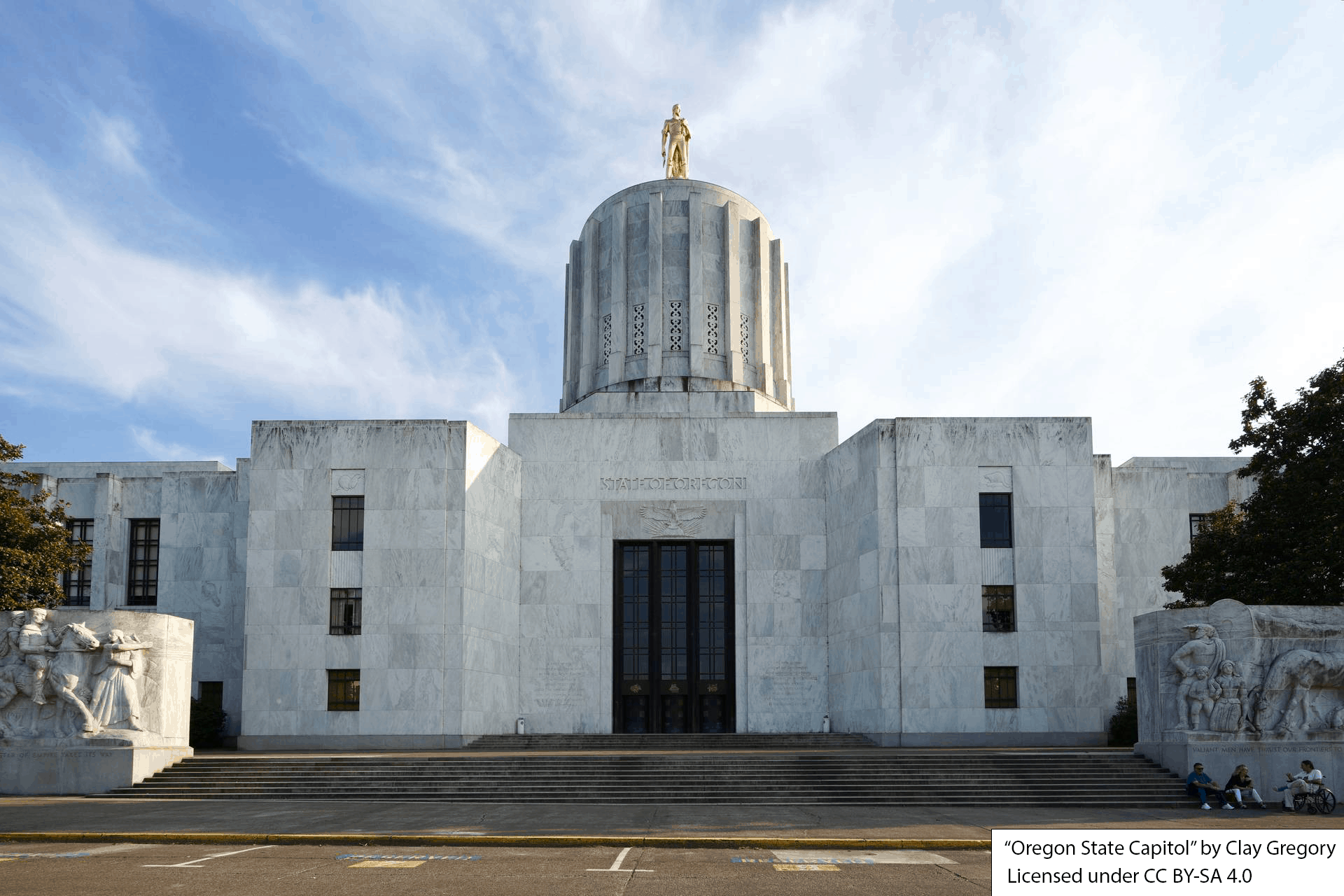 Oregon lawmakers concluded the 2021 legislative session shortly after 5:30 p.m. on June 26, 2021 — a day ahead of the constitutionally mandated deadline. In the final days of a challenging and unusual five-month virtual legislative process, Oregon’s Early Childhood Coalition (ECC) pressed on, as advocates and ECC partners continued to urge legislators to center racial equity, and pass early childhood policies to eliminate disparities for young children and their families.

With votes of 21-8 in the Senate and 42-14 in the house, the legislature passed an Oregon Department of Education (ODE) Grant in Aid budget that increases funding for many of the priorities listed on the ECC’s 2021 legislative agenda, including Preschool Promise, Oregon PreKindergarten 0-3, the Early Childhood Equity Fund, a Tribal Early Learning Hub, and expanding access to parenting education.

We are celebrating several policy wins after this session laid the foundation to advance racial equity in early childhood, expand early childhood investments, strengthen the child care system, and invest in families and communities. While we are heading in the right direction, there is more we must do to reach our goal where Oregon is the best place to be pregnant, raise children, and be a kid.

Oregon’s Commitment to Kids and Families

The following list includes the bills that passed this legislative session, that were supported by the Early Childhood Coalition:

HB 2166 — Directs the Early Learning Division to develop a program to prevent suspension and expulsion in early childhood programs.

SB 236 — Led by Black Child Development PDX, this bill will ban suspension and expulsion in early care and education programs by 2026.

SB 5529 — Funds Family to Family networks, which provide tools for parents to become healthier family units, stronger advocates for their children, and active in their communities.

SB 5505 — Funds the development of affordable housing for families.

HB 2835 — Provides benefits navigators at colleges and universities, where students who are also parents experience disproportionate rates of food insecurity.

Reduce/eliminate suspension and expulsion in early care and education programs

Preschool has the highest suspension and expulsion rates of any age, and Black children, Native children, and children with disabilities are disproportionately impacted. In response, the Governor’s office put forward legislation that directs the Early Learning Division to develop a system for early care and education programs that are: culturally-responsive, developmentally appropriate, and prevent expulsion or suspension. The bill passed the House floor with a vote of 37-18 and the Senate floor with a vote of 19-8.

Another bill, SB 236, led by Black Child Development PDX, sought to ban suspension and expulsion in early childhood programs entirely by 2026. The policy will also support Oregon’s early childhood educators through robust coaching and professional development, before the ban goes into effect. The House passed this legislation with a vote of 36-22, and the Senate passed with a vote of 16-13. Together, these bills will work to create a more equitable and racially just early childhood system.

A policy to establish a Tribal Early Learning Hub passed the Senate floor and will ensure that tribal communities across Oregon’s nine federally recognized tribes are included in deciding how to grow access to high-quality, culturally-specific early learning opportunities. This will be funded with $850,000 in the ODE Grant in Aid budget.

It will also establish a new state agency focused on early childhood care, The Department of Early Learning and Care, to streamline Oregon’s child care system. It will allow the state to be more strategic in its use of funds to rebuild the early child care and education sector from the devastating effects of the pandemic; make programs work better for children, families, and providers; and create a critical opportunity to advance equity. Chief sponsors of this policy included Rep. Karin Power and Rep. Jack Zika, who attended the ECC’s Advocacy Days kickoff event in early May, along with Senators Taylor, Jama, and Knopp; and Representatives Alonso Leon, Hayden, Levy, Neron, and G. Smith.

Using federal recovery dollars from the American Rescue Plan Act (ARPA), individual legislators received funds to dedicate to projects of their choosing across the state. Senators received $4 million and representatives received $2 million, respectively. A number of these investments went to early childhood or ECC partner efforts, through the end of session “Christmas Tree” bill, HB 5006.

Our Work isn’t Over

Although we are celebrating forward momentum on many of our priorities, our work is not done. We must make an ongoing commitment to invest in early childhood and support continued progress for wage parity, relief nurseries, providers operating out of rentals, and other policies that were only partially funded, or did not pass.

“In this session, we built more power and secured a greater investment to improve early care, education, and supports for Oregon’s young children, families, and communities across the state,” said Dana Hepper, director of policy and advocacy at Children’s Institute. “But there is still more work to do, to create an early childhood system that works for all of Oregon’s children and families, and develop a legislative process that centers the voices of those most impacted by legislative actions in the decision-making process.”

The 2022 legislative session came to a close on Friday, March 5, and as we welcome spring and a time of renewal, Children’s Institute is optimistic about the future of early childhood in Oregon. In the short span of five weeks, the Oregon legislature passed several of...

END_OF_DOCUMENT_TOKEN_TO_BE_REPLACED

In this article, parents share their experiences with voluntary home visits and why family support programs are so needed.