In this installment of the Early Link Podcast, we speak with Ruby Takanishi about her new book First Things First: Creating the New American Primary School. In the interview, Takanishi says, “primary education today reflects the social and economic divides in our country.” While some children in the United States are getting an outstanding world class education, many more children are in danger of being left behind. She describes early education efforts as essential to closing opportunity gaps, “the civil and human rights challenge of our times.” 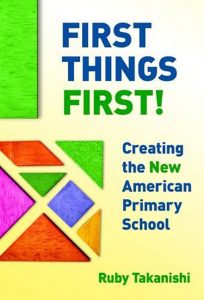 Takanishi also describes a new model for American primary school: it starts at age three, it’s voluntary and universally available regardless of family resources, and is offered for a full school day. Compulsory full-day education would begin at age five, a shift for most states. That realignment would mean changes in school culture, principal leadership, curriculum, and continuous learning.

In addition to sharing insights about reimagining public education, Takanishi discusses inequalities in education based on a variety of interconnected factors: varied state investments and strategies, declining federal investments in children and families, and the changing roles of parents, families, and communities in the public school system. She also provides advice for Oregon in building a stronger early learning system, and much more. 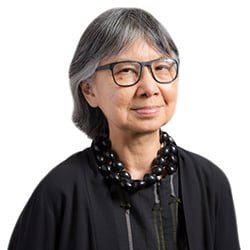 Ruby Takanishi is senior research fellow in the Early and Elementary Education Policy division at New America in Washington, DC. She received her PhD from Stanford University and taught at UCLA, Teachers College at Columbia University, Yale University, and Bank Street College. Takanishi was the was the president and CEO of the Foundation for Child Development, a grantmaking philanthropy that launched the pre-K-3rd movement in 2003, and executive director of the Carnegie Council on Adolescent Development of Carnegie Corporation of New York, which issued landmark reports on middle school reform, youth development in out-of-school settings, and adolescent health. She chaired the National Academies of Sciences, Engineering, and Medicine consensus committee on the education of dual-language learners from birth to age 18. She has received awards from the American Psychological Association, the American Sociological Association (Division of Children and Families), and the Society for Research in Child Development in recognition of her contribution to connecting research with public policies. The American Education Research Association honored her with its 2014 Distinguished Public Service Award.