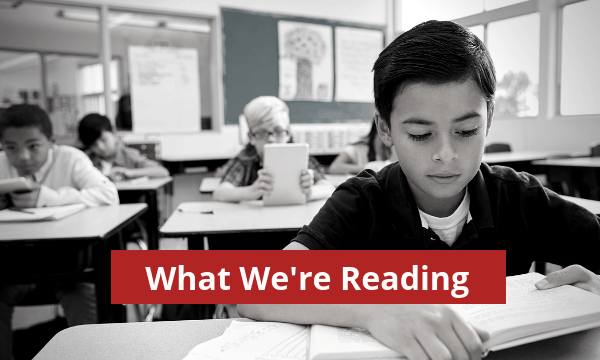 We’re Working to Ensure the Benefits of Preschool Last

In 2015, a landmark study by Vanderbilt University found that the benefits of Tennessee’s pre-K program didn’t last. It’s not the first time researchers have questioned the long-term impact of high-quality preschool.

“Many early childhood stakeholders have been discussing and arguing about whether Head Start ‘works’ ever since the beginnings of Head Start. The first big report on the ‘fadeout’ effect of Head Start was in 2010, and that raised questions as to whether or not Head Start was effective in improving academic outcomes for children,” says Soobin Oh, Children’s Institute’s senior early education advisor.

Why Do Gains Made in Preschool Fade?

New research into the same Tennessee program, released in July and discussed in Chalkbeat last week, begins to answer the question of why gains made in preschool might not last. According to Chalkbeat:

“Pre-K benefits wore off if participants went on to classes with ineffective teachers, in low-quality schools, or both—with preschool graduates eventually faring even worse than their peers who didn’t attend pre-K.

“The study adds to emerging literature showing that pre-K is not a cure-all to later factors like poor instruction and a poor learning environment, said Dale Farran, a Vanderbilt University professor involved with both studies.”

“We can’t depend upon pre-K to cure a K–12 system that’s not working for poor families,” Farran said. “We can’t put the blame on children who are placed in low performing schools and then just say that they weren’t ready. If we really care about children from low-income families and the schools that serve them, we’ve got to take a bigger view.”

Early School Success Is an Approach to Sustaining Preschool Benefits

The idea that instruction during elementary school must build on preschool is the basis of our Early School Success (ESS) initiative. “This Tennessee study supports our new work with districts to build high-quality, well-sequenced experiences for the early elementary grades. This will ensure investments in preschool pay off in the long-term,” explains Dr. Marina Merrill, our director of research & strategy.

“Early childhood education and care does not exist within a vacuum. Ensuring practices are consistently high-quality and aligned is critical to sustaining benefits.  We need to move towards applying the research of child development, which implies that childhood should be treated by the education system as one continuum, whereas most people tend to separate and make distinctions between birth to 5 and elementary education.”

On Purpose: Stories from the Lives of Oregon Nonprofit Leaders

Q&A with Karen Twain: Why I Believe in Early School Success