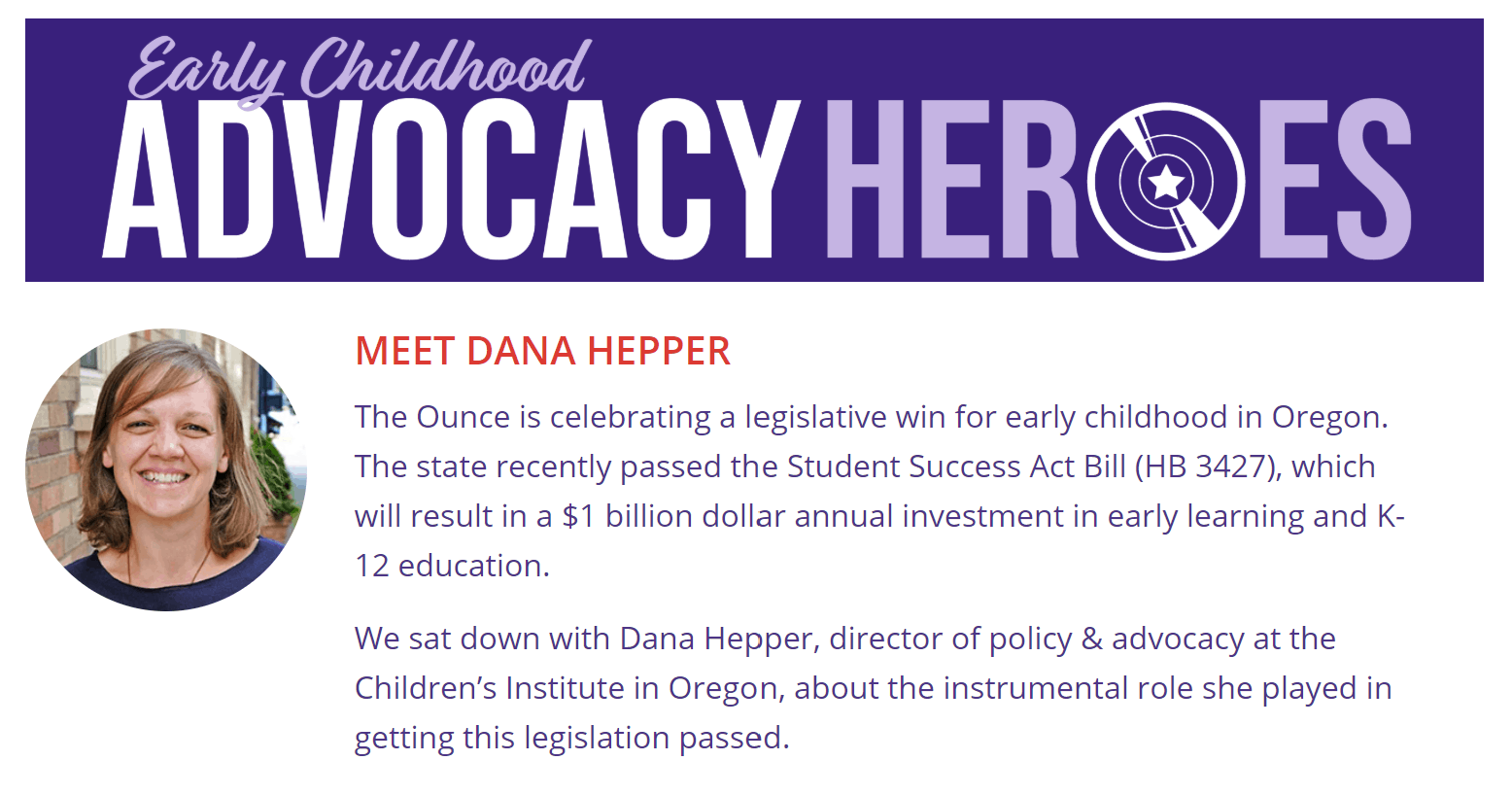 This week, The Ounce of Prevention Fund named Dana Hepper, our director of policy & advocacy, one of their Early Childhood Advocacy Heroes.

“When the first draft of the Student Success Act’s early learning investments came out, some of the investments we were advocating for were left out. Legislators understood preschool (including Head Start and Early Childhood Special Education), and they were prioritizing these investments over others that start earlier. I’m most excited that we were able to shift the conversation to acknowledge that learning starts at birth (and before). We won meaningful investments in infants and toddlers, including $20 million to expand Early Head Start.”