Early Works this summer is helping Earl Boyles Elementary families stay in their homes or find new ones as housing costs climb throughout east Multnomah County.

Josue Peña-Juarez, the new program’s housing and family advocate, has embarked on seeking new homes for two families who have been evicted from their apartments.

One man, his pregnant wife and three children recently received a 90-day no-cause eviction, and another family was evicted after a kitchen fire in their apartment. Peña-Juarez, who works out of an office in the school, will tap a housing assistance fund if needed to subsidize the families’ monthly rent and cover the first- and last-month deposit that landlords often require. However, just finding an available apartment is challenging because units have become scarce within Earl Boyle’s enrollment area, he says. 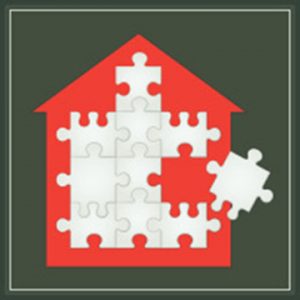 Early Works and Home Forward are helping Earl Boyles families stay in their homes or find new ones as housing costs climb throughout east Multnomah County.

Children’s Institute partnered with parents, Multnomah County’s Home Forward and other agencies to catalyze the new housing assistance program after a health assessment of Earl Boyles families revealed housing as their top concern, says Dana Hepper, director of policy and programs at the Institute.

In a survey of 83 families, the Institute found 75 percent of them had seen a rent increase in the last year, averaging $95. The increases were cutting into family budgets for food, clothing and other basic needs and in some cases pushing families out of their homes to live in motels or with friends and relatives or in less-expensive housing outside the Earl Boyles enrollment area.

“We were finding chronic absenteeism started in preschool through elementary school was in part driven by housing issues,” she says. “Stable, adequate housing we felt would improve attendance, which would help early learning.”

Student mobility, the movement of children from Earl Boyles to other schools, is low because families want to take advantage of its preschool and will do whatever they can to stay in the enrollment area, Hepper says. The Institute’s survey showed a third of families were getting help paying rent, most from families and friends.

The housing program exemplifies how multiple agencies can produce powerful results when they join forces on a common goal. After the Earl Boyles community named housing as its chief concern, Hepper met with Rachel Langford, education and youth initiatives director for Home Forward, the housing authority for Multnomah County. The agency agreed to put up $175,000 for each of two years to assist Earl Boyles families with housing costs. Home Forward has had success reducing student mobility at Alder Elementary in the nearby Reynolds School District and was impressed with the case Early Works made for housing needs at Earl Boyles, Langford says.

“We are trying to do more to be intentional about how we serve families in Multnomah County and how we serve kids in our work,” she says. “Earl Boyles data made it easy to do that.”

Multnomah County provided money to hire Peña-Juarez, who works through Portland’s Immigrant and Refugee Community Organization, an agency the county contracts with to administer its programs. He has been working since last fall as a family resource navigator at Earl Boyles for the county’s Schools Uniting Neighborhoods (SUN) program so he already knows many of the families. Now his focus is on housing.

“I’m trying to be a broker of communication around housing services and explaining that to families in a way that is understandable and clear,” he says.

To get help, families must live within the Earl Boyles enrollment area and have gross annual incomes below 50 percent of the area median income, $36,650 for a family of four. The program gives priority to families in crisis of eviction or living in unstable housing, such as a motel or with another family. Program leaders expect that most of their housing money will be used to subsidize the rent of low-income families.

No one is sure how much demand there will be, Hepper says, but “we think the dollar amount will serve 50 families a year.”

The program also is helping families tap other agencies for help and is providing classes through the Earl Boyles Neighborhood Center on tenant rights, says Elena Rivera, who is working with partners on the program as Children Institute’s health policy and program adviser. Providing housing help through a school offers a new model, Rivera says.

“My hope in the first couple of years of this program is that we see it has a huge impact and we have the resources going forward,” she says. “Data is powerful in making that case.”

Children’s Institute will be collecting information on how the program affects children’s attendance, school performance and other indicators, Rivera says.

She says she wants the program “to demonstrate some positive outcomes that continue to shed light on the need to work with the whole child. Children cannot perform well in school if their basic needs are not met.”